Are you touring with Paul Simon now as a New West Horn thing or a solo gig?

Well, it was Chris (Botti) and I. He did the two months in June and July. He's with Sting right now, rehearsing, and Randy Brecker is in his place. The New West Horns (Andy Snitzer, saxophone Michael Davis, Trombone and Kent Smith, Trumpet) – it's been eight to 10 years since we were really thinking about it that way. I still work with those guys, but that was back when nobody knew who we were and we were trying to get it going. Now everybody know's us individually, so they'll call us individually or call us together."

I understand you're on the second leg of the tour?

Well, it's just a little extension for two weeks. It started Wednesday and I'll be back September 19.

What do you go back to in New York? I know you just released a CD on August 24.

Depending on how things work out, I'd like to work on that for sure.

Now you say work on it…are you going to put a tour together to promote that?

Something like that. Mounting a tour is pretty hard in this genre. You know, if you're starting that out.

….YOU CAN READ THIS COMPLETE INTERVIEW IN SEPT/OCT 2000 ISSUE OF SAXOPHONE JOURNAL. Contact dornpub.com for subscription information. 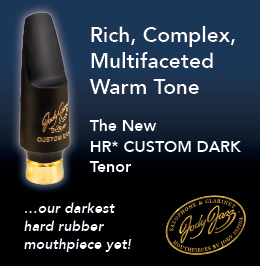